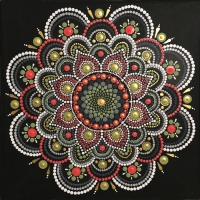 Recognizing Generational Trauma Can Change Your Life for Good — August 13, 2021 Recognizing Generational Trauma Can Change Your Life for Good

I started this blog as a way to memorialize the history of my family. The intent was to capture their stories for posterity’s sake. However, the process, not the stories I have written so far, is what has taught me so much more. In the many hours of conversations about my grandfather, I learned more about my father and his life in the Dutch East Indies than I could have ever imagined. Like so many people, I always assumed I knew my dad from a lifetime of interactions with him. My lifetime. Instead, I now believe that his early years during the World War II profoundly shaped who he is and why he does what he does. While his life in the United States is significantly different from his youth, his Dutch-Indo roots and the trauma experienced during the war shaped him. By extension, those experiences also shaped me.

Growing up in Colorado, no one around me knew this history. The war ended there on August 15, 1945. A few years ago, I discovered that the Netherlands commemorates victims of the Japanese occupation of the Dutch East Indies (now Indonesia) every year on August 15th. The commemoration is called Herdenking. On this date in 1945, my grandfather, two uncles, and one of my uncle’s brothers were liberated from Japanese POW camps. Unfortunately, one of my uncle’s brothers died during a POW transfer on the Junyo Maru.